I’m Beth (short for Elizabeth) and I dislike housework so much –  well come on, I mean you put the hoover round and do the washing up and it looks lovely but 6 months later it needs doing again doesn’t it – I’ve decided to give up my house later in the year and go on a very long walk. The plan is to walk the coast of Britain, from RNLI lifeboat station to lifeboat station, raising awareness and money for the Royal National Lifeboat Institution and the Association of Lowland Search and Rescue.

At the moment this is very much in the planning stage, and the next few months will be spent fine tuning the details with these 2 organisations, researching how not to need rescuing whilst raising money for rescue charities (can you imagine that! I think I’d be so embarrassed I’d have to emigrate), and getting fit enough so that I don’t come a cropper only a few weeks in.

I think it’s important to have clear expectations, so you know what to expect of me and my journey and I know what to expect myself, so there will be a few guidelines and rules I shall follow. It may sound daft but the main one is “what exactly is the coastline?” as this can vary by thousands of miles depending on whether I follow estuaries and rivers or not. So, as the planning evolves it will become clear what, when, and how I shall be undertaking this mammoth task. In the meantime I shall update on my planning and training, so at least if I take a wrong turn during the walk, end up on Bodmin Moor and get eaten by feral goats, there may be some useful information for anyone who may want to have a go themselves.

About my 2 chosen charities 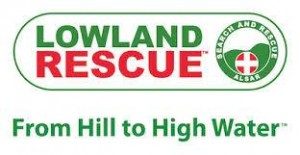